Our Prediction ABV Will Go The Way Of PBC Gathers Steam ... 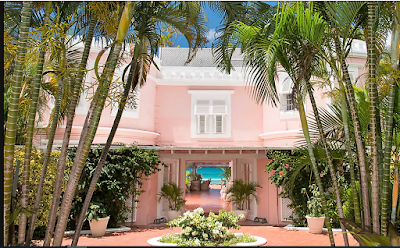 "It may be a honeymoon cliché, but Harry has holidayed in Barbados several times. The polo scene is a big draw for him: it was here that he was also famously thrown from his pony while playing in the Sentebale Polo Cup.

Happily, the macaroon-pink boutique retreat Cobblers Cove can organise sessions at a nearby polo field. This genteel, old-school classic, once the beach getaway of a plantation owner, has a loyal, largely British following. The adventure-loving couple might also be seduced by the opportunity to go on expeditions with Barker, Cobblers' resident fisherman."

See more: https://www.telegraph.co.uk/travel/hotels/articles/where-will-the-Duke-and-Duchess-of-Sussex-honeymoon/
Posted by KNRX at 12:34 PM No comments:

Holiday where the celebs go at Sandy Lane in Barbados 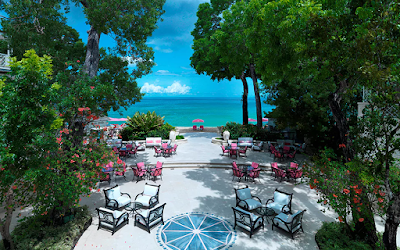 "There are just a handful of hotels in the Caribbean as lauded and well respected as Sandy Lane. Barbados’s powerhouse resort, which sits on the west coast of the island, has played host to a flock of celebrities, business personalities and royalty since it opened in 1961.

Originally built on the site of an old sugar plantation, this Leading Hotels of the World member retains plenty of the authentic charm that led to it becoming an instant hit more than half a century ago, despite it having been completely rebuilt in 2001.

Remaining popular with the world’s elite has involved an endless process of refurbishment, development and a refusal to accept that luxury has boundaries."

Read more: https://www.telegraph.co.uk/travel/destinations/caribbean/perfect-island-getaway/sandy-lane-barbados
Posted by KNRX at 3:14 AM No comments: 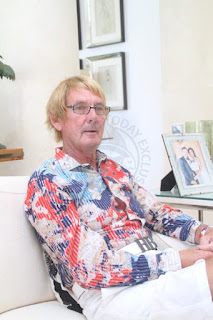 "The controversial Four Seasons project could have a new saviour, with a multi-millionaire investor here saying he was willing to take over the stalled project.

Eager to see something done with the 32-acre Clearwater Bay, Black Rock, St Michael site, a frustrated Andrew Stewart, who has investments in a number of hotels and restaurants here, said he was willing to seriously look at taking over the development, but it would have to come with “the right terms”.

“Yes, if it came on the right terms it is something that I and my investors would look at with interest,” said Stewart, the chairman of the stockbroking and investment management firm Ravenscroft Limited.

Recalling that many of his friends had invested in the project to construct a 110-room hotel and 35 private villas, Stewart told Barbados TODAY it was disheartening that the project had ground to a halt.

“Every time I go pass there, you know, there is no building work going on. Why don’t we actually do something with it? Some of the highest profile people in the world put their names down for it. Let’s try and get it organized; cut all the nonsense of whatever it is and build the bloody hotel there ...” 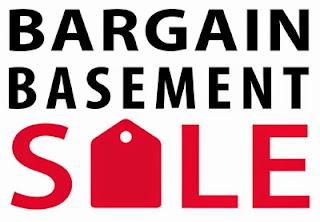 "Royal Westmoreland, a Barbados landmark, is up for sale on the international market but the local tourism industry isn’t worried as this may result merely in a changing of hands. Prime luxury international real estate dealers and financial publications today began announcing that British owner, John Morphet, wants to part with the 750-acre west coast property for US$75 million. “It has been known for some time that there was a possibility of Royal Westmoreland being put up for sale. Now this is obviously what has happened,” Executive Vice-President of the Barbados Hotel and Tourism Association, Sue Springer, told Barbados TODAY. Morphet’s reported reason for giving up ownership of this property that annually attracts the likes of British Premier League football star, Wayne Rooney, and retired English cricket captain, Michael Vaughn, was that now in his 60s, he feels to be getting on too much in age that tires him after 96 visits to this island in 10 years. “I’m not getting any younger and it needs more time than I’d like to give it,” he said of the spread that includes 225 villas, a clubhouse, restaurant, spa, and a golf course. “It is an incredible real estate property and we look forward [and are] hoping that whoever purchases this whole estate will keep it in its current use and won’t change it,” Springer said. The Financial Times quoted Chief Executive of Sotheby’s International, Robin Paterson, as saying it was “very unusual to get an entire resort for sale” in the Barbados market. “This is the only resort of this scale, reputation and longevity in the southern Caribbean,” Paterson added. Springer does not see the announced sale having any negative impact on the image of Barbados tourism. “No, I don’t think so because things could be for sale at any time; it could be a hotel, it could be an estate like this, whatever. Things change hands the world over all the time. “It sends that message because the gentleman that owns it has accepted that he is at the crossroads and he wants to stay closer to home.” Morphet, who has a rags to riches story, having taken over a struggling UK farm from his parents, had last year indicated plans to purchase land from the Westmoreland estate to build an additional 200 properties. That planned investment was reportedly to the tune of US$500. These plans may not be derailed by a change in ownership because the Barbados real estate market is now being seen as an investment opportunity on the rise. The Sotheby’s chief executive reportedly told the Financial Times that the Barbados market is beginning to see an inflow of international professional property investors such as hotel operators. Springer agrees with that assessment, and believes the announced sale speaks well for the property market." Source: http://www.barbadostoday.bb/2015/03/14/for-sale
Posted by KNRX at 12:25 AM No comments: 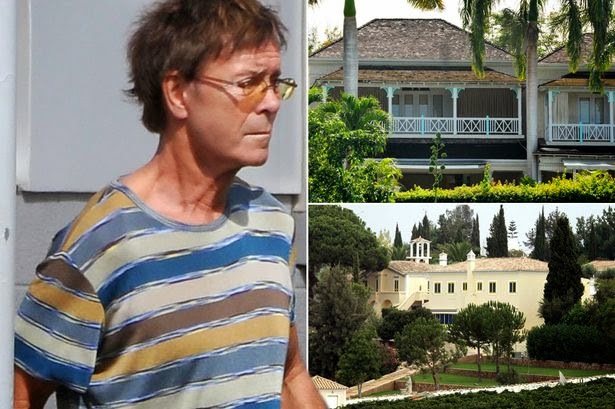 >>>Sir Cliff Richard is ­aiming to start a new life in Barbados once he has cleared his name in a child-sex investigation, friends have told the Sunday People.

They claim the 73-year-old megastar is the victim of a ­police witch-hunt.

And they insist he will move to the West Indian paradise as soon as he has proved his innocence.

Sir Cliff owns a sprawling £6million estate – complete with a luxury villa – on the Commonwealth island.

And he took out citizenship there two years ago.<<<

Read more: http://www.mirror.co.uk/news/world-news/cliff-richard-planning-new-life-4296739#ixzz3EFXFO3ZD
Posted by KNRX at 12:14 PM No comments:

Beaches Heywoods Being Pushed Back

Have the ghosts of Paradise Beach Club already landed in Haywoods?  Are we now seeing emerging one of the reasons why Sandals' Butch Stewart recently out of the blue bought Almond Beach Village outright off the hands of the government of Barbados at bargain basement?  It is suspected that the other reason had to do with the nascent calls from the operators of the section of ABV that's open for the entire St. Peter property to be turned over them for a quick and cheap re-opening.  Now that Butch got his way, any deviation from announced plans the question must be asked whether he is beginning to put ABV on the ice as much he did to PBC a generation ago:

"The much talked about construction of the Beaches Resort at the former Almond Village property in St Peter could be delayed.
Although not saying how long the setback was anticipated to be, Gordon Butch Stewart, chairman of the parent company Sandals Resort International, said it was unlikely that the planned multi-million-dollar project would get off the ground in the first quarter of next year as initially announced.
In February, Stewart told Barbados TODAY that the plan was to start construction in the middle of April 2015, with an expectation that it would be completed in about 22 months.
However, when asked last Friday if the plans were still on course, Butch would only say: “We are working towards that [date, but] it is probably a bit further down in the year . . . We are juggling a lot of things right now and there is a lot of work taking place on that Beaches design.”"

No Sugar In Sugar Hill

"His £3million Algarve farm and his £6million plantation-style villa in Barbados are his pride and joy. He spends more time there than he does at the apartment that was raided yesterday, which he bought in 2008.
He shrugged recently that he spends 'a week here, a week there' in Britain and it has been revealed that he is not even a UK resident any longer as he spends so little time in the country. He is domiciled instead in Barbados, where he spends each winter."