Under My “West Coast” Umbrella-ella-ella 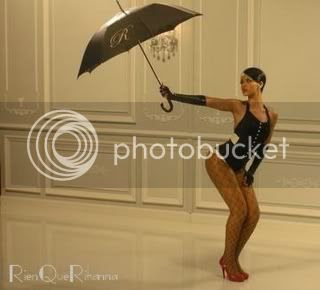 Grammy-winning singing sensation, Rihanna, just landed herself a prime piece of property on the West Coast compliments of the Government and people of Barbados. The announcement was made last night by the new Prime Minister of Barbados, David Thompson, at an open-air concert in Independence Square, Bridgetown, Barbados to honor the singer for her recent Grammy win for her hit song “Umbrella.” Thousands of Bajans turned out to welcome the singer home and to witness her being designated as a Youth and Cultural Ambassador of Barbados. To seal the appreciation of the people of Barbados for her success in putting the tiny 166 sq. mile island on the music and cultural map the government gave her a piece of land in the 5-star golf and polo resort under development at Apes Hill in St. James overlooking the west coast.

Rihanna joins a growing list of rich and famous people including England Cricket Captain, Michael Vaughan, who have already purchased properties at the prestigious resort. The 470 acres US $1 billion resort boasts an 18-hole Pete Dye/Greg Norman golf course (under construction), a polo field (completed) - home of the Apes Hill Polo Club at Waterhall, St. James, and plans for 200 villas, 150 townhouses and a 5-star hotel and spa. Rihanna will also have access to the resort’s recently opened beach club a few miles north of the property at Speightstown in St. Peter. Needless to say, the owners of the Apes Hill Club will be hoping to cash in on Rihanna’s celebrity to sell the resort and are doubtlessly singing along with her - “When the sun shines, we’ll shine together - Told you I'll be here forever - You can stand under my umbrella-ella-ella...”