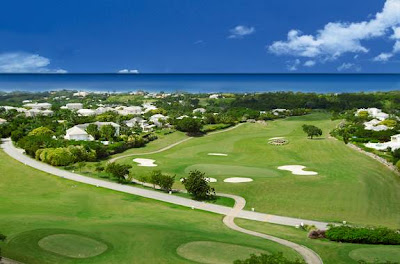 "Efforts are on to salvage a $150 million luxury golf, residential and hotel project which has been waiting in the wings for more than three years.

Barbados TODAY has learnt that high-level talks involving senior members of the Freundel Stuart Administration and Royal Westmoreland are underway in an attempt to get that St. James luxury development’s expansion onto the nearby Lancaster Plantation property it owns underway.

Discussions have already been held with Minister of Finance Chris Sinckler, and Minister in the Prime Minister’s Office Senator Darcy Boyce is chairing a working group on the matter.

The major sticking point continues to be the granting of approval for the construction of a $4.4 million reservoir Royal Westmoreland officials said was necessary for the 18 hole championship golf course, hotel and other residences.

These developments were confirmed today by the Royal Westmoreland Construction Director, Ian Putley, who was cautiously optimistic about the likelihood a positive outcome within the coming months.

“We are currently in discussion with a working group led by Senator Darcy Boyce who is trying to get the confirmation of compliance with Town & Country Development Planning conditions letter,” the official told Barbados TODAY..."

Read more: Barbados Today
Posted by KNRX at 9:33 AM